Following are pedigrees of litters that produced TNS or are suspected of having produced TNS.

This list is not complete – it is only those litters that have been made public. If the litter produced at least one puppy who was positively diagnosed as TNS affected it is noted as “confirmed”.

Alternatively, if the puppies died before the test was available but the parents have been tested and are carriers, that is noted as “confirmed”.

Some older litters never received confirmed diagnoses, but are believed by their breeders to have produced TNS. These litters are noted as “unconfirmed”.

Currently Dr. Alan Wilton can only test for the chromosome that carries the TNS mutation in dogs related to known carriers. These pedigrees are provided as a service to help breeders determine if their dogs are eligible for the current test.

Additionally, BorderCollieHealth encourages all breeders to study the individual submissions and to contact Dr. Wilton if a question regarding eligbility for testing exists.

BorderCollieHealth urges everyone who has had their dogs tested to submit results to the database.

The database itself only contains dogs who have actually been tested.

By openly sharing this information Border Collie breeders will more quickly provide Dr. Wilton with enough information to locate the mutation and develop a test for the general population.

BorderCollieHealth hopes that no puppies will ever suffer from this disease again. 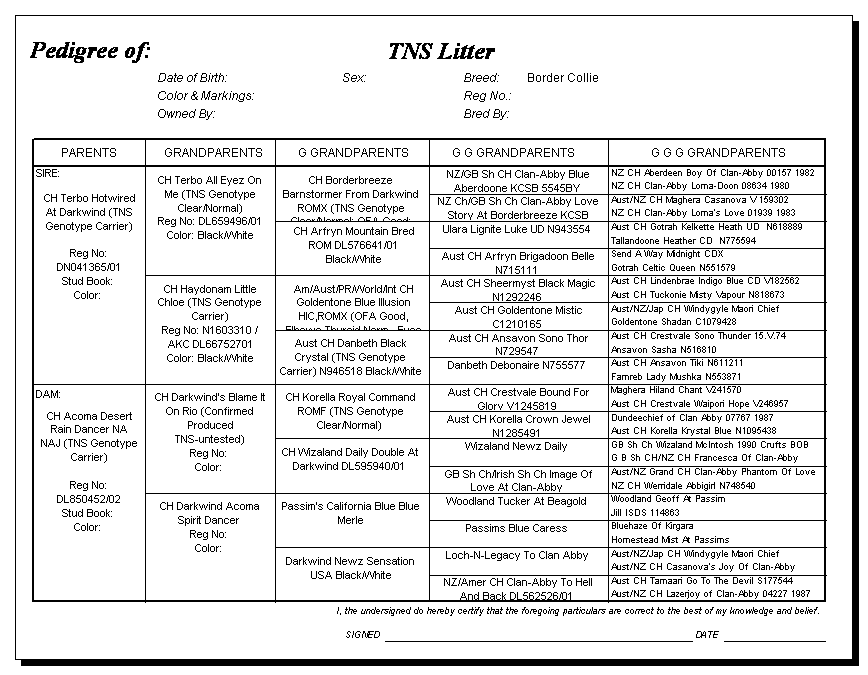 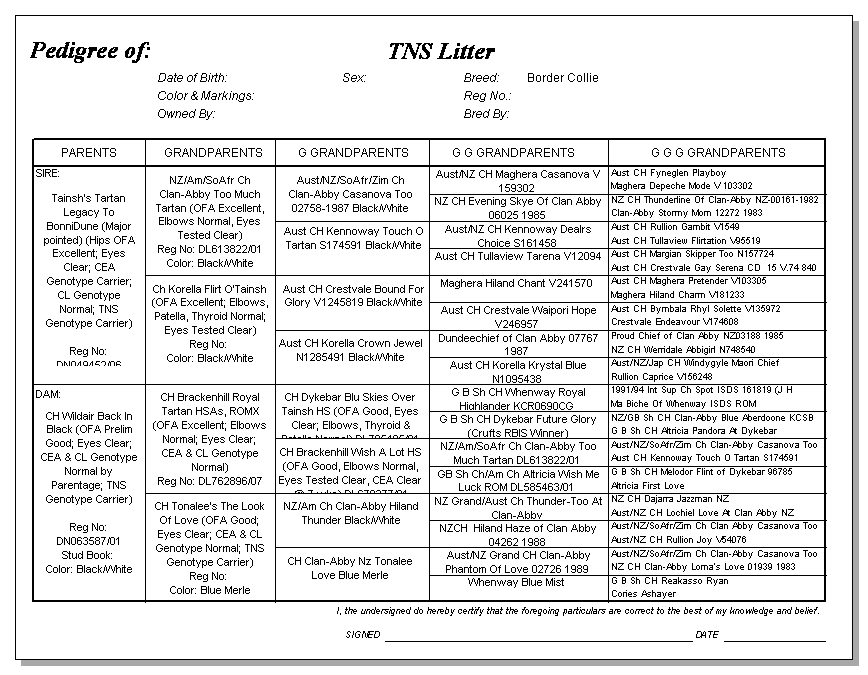 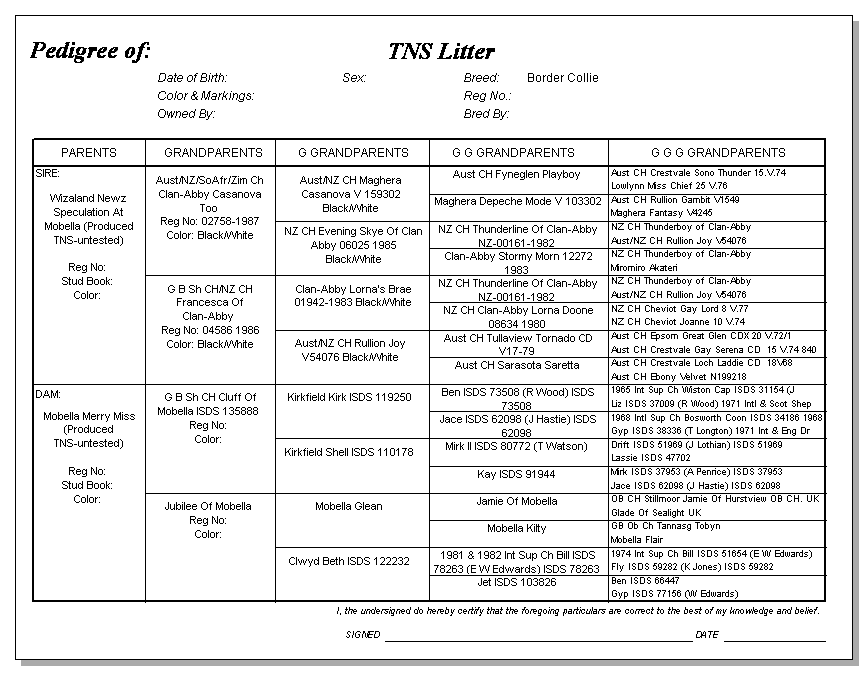 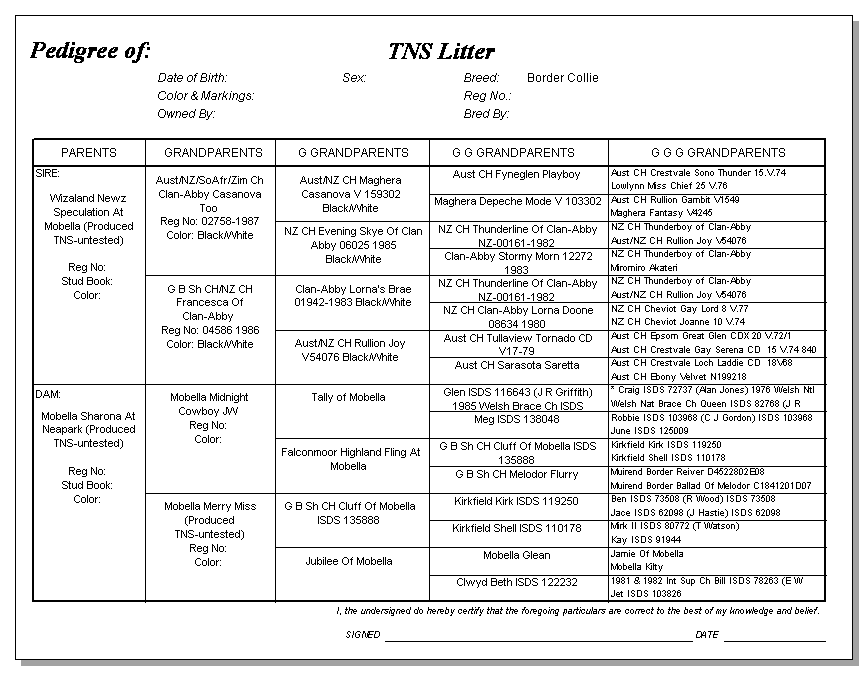 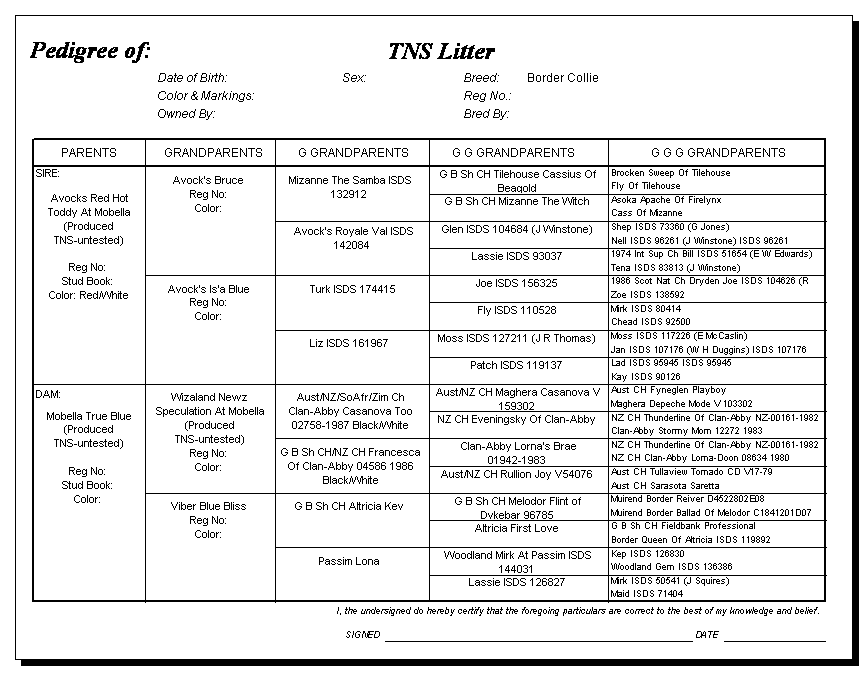 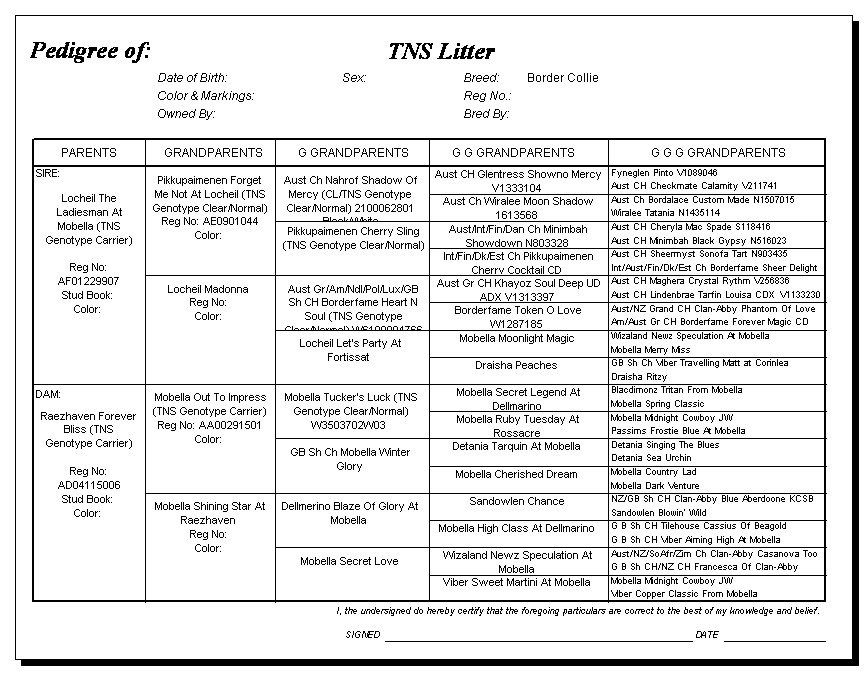 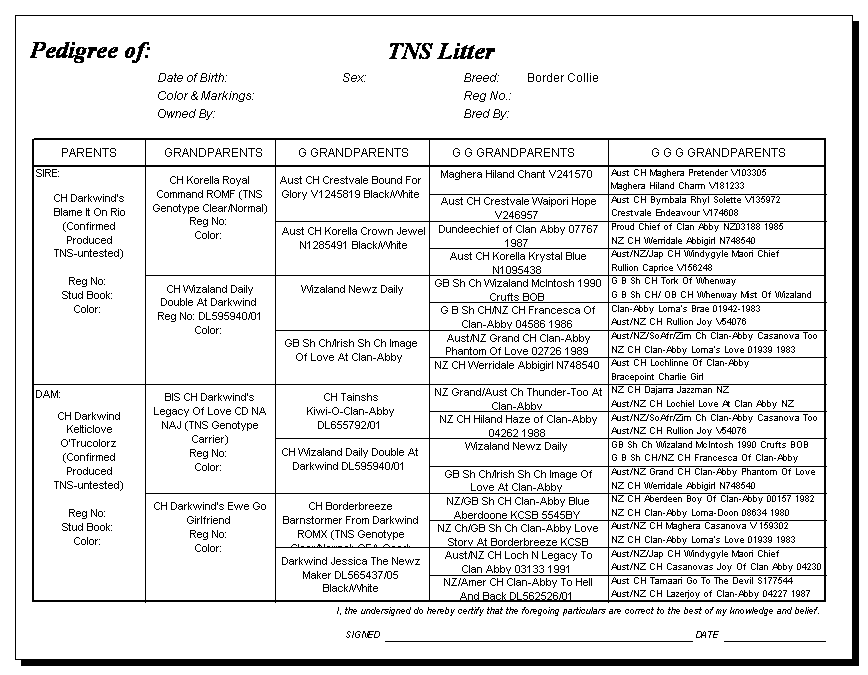 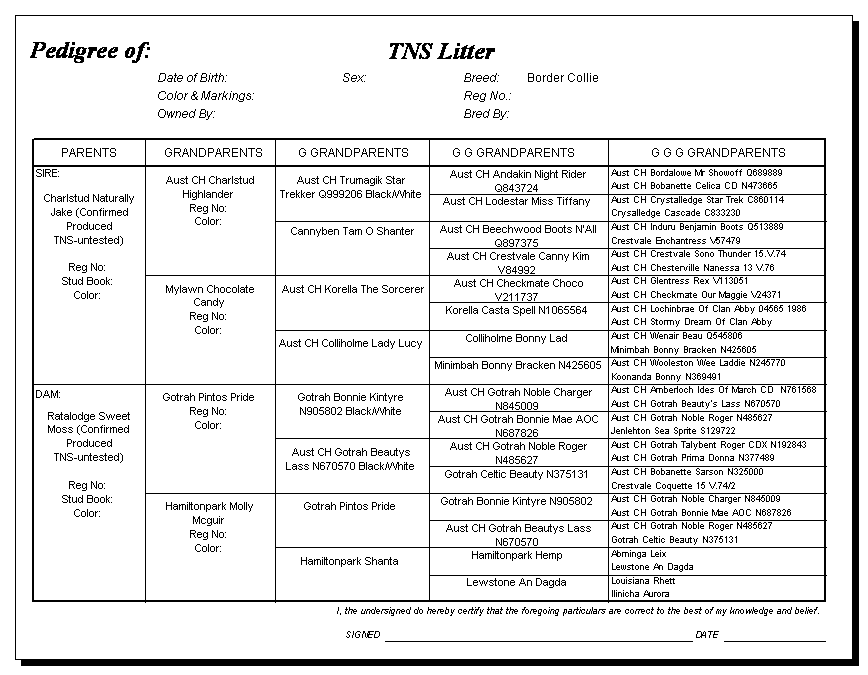 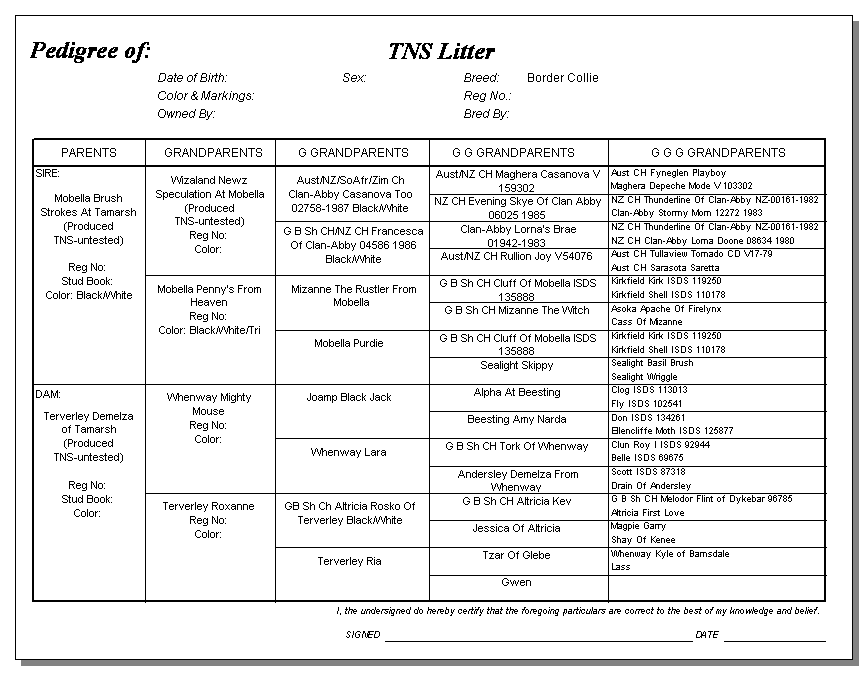 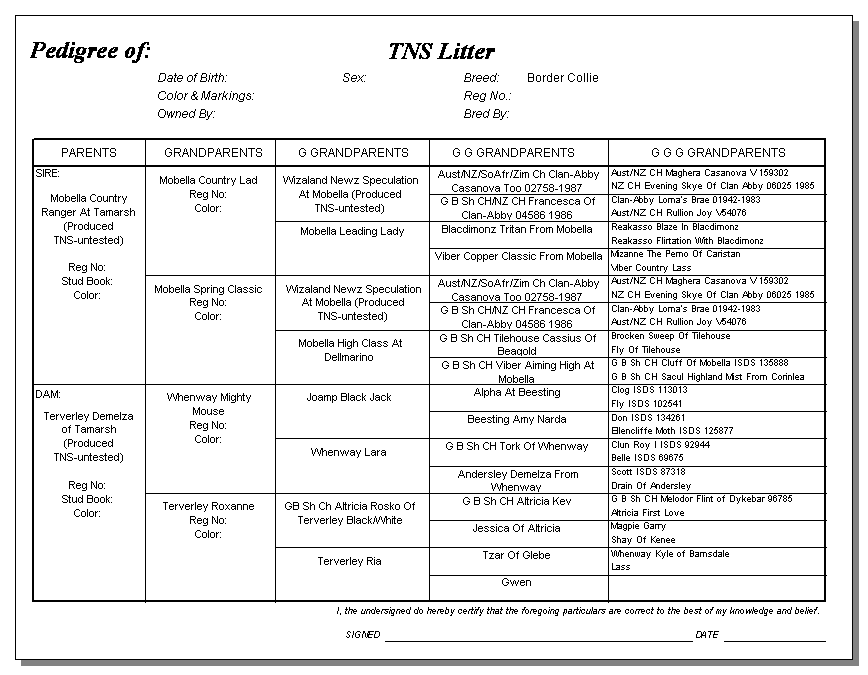 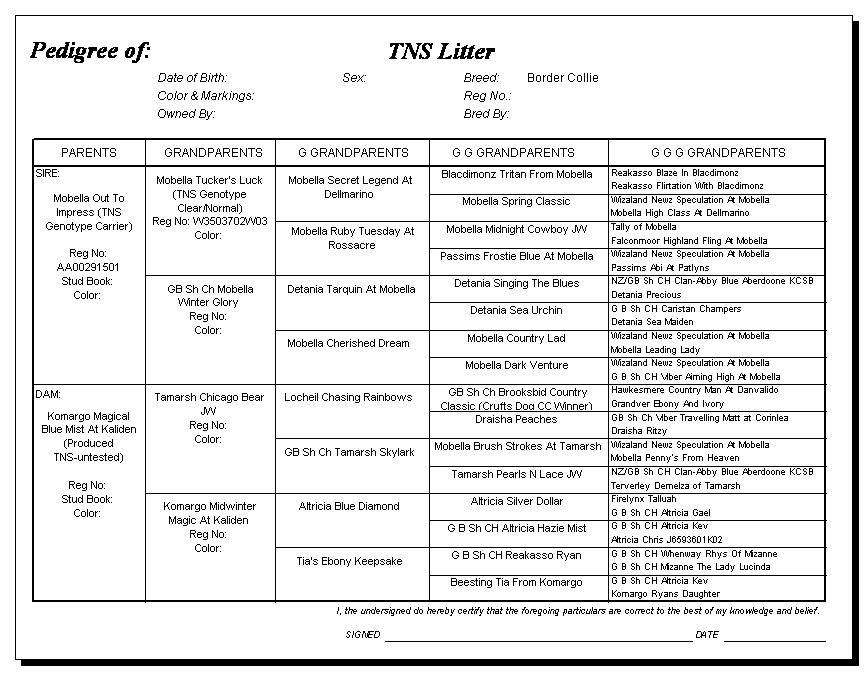 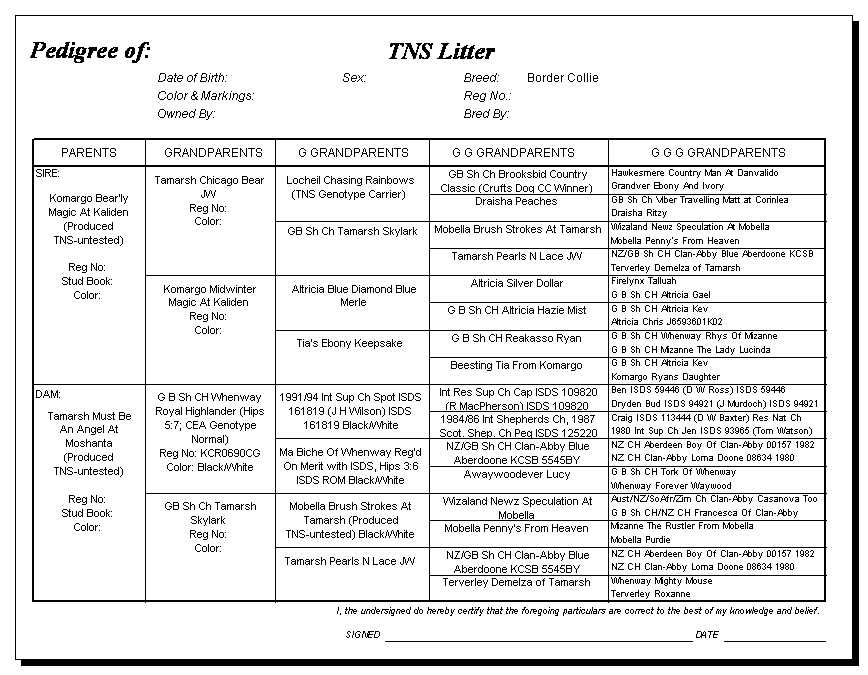 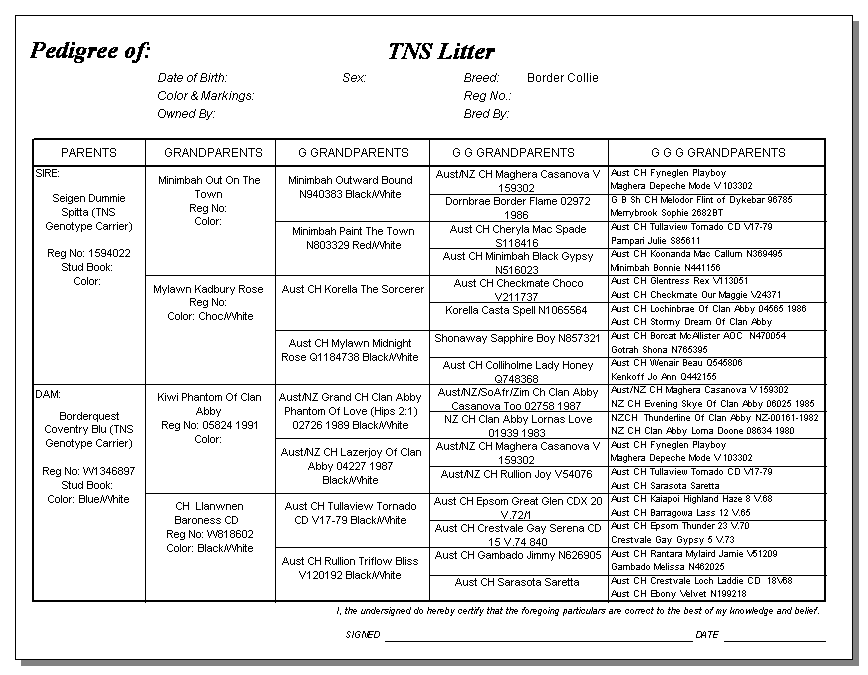 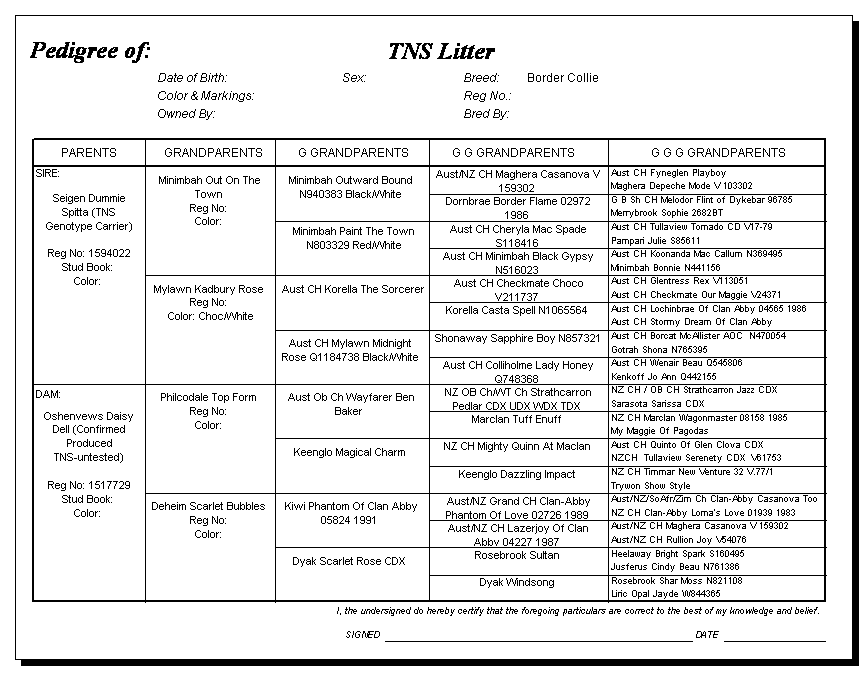 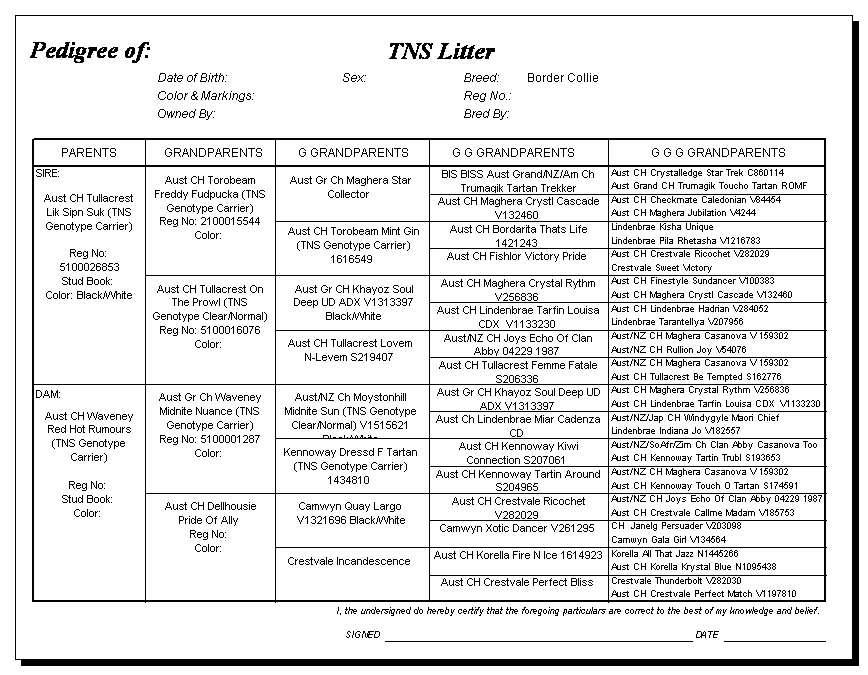 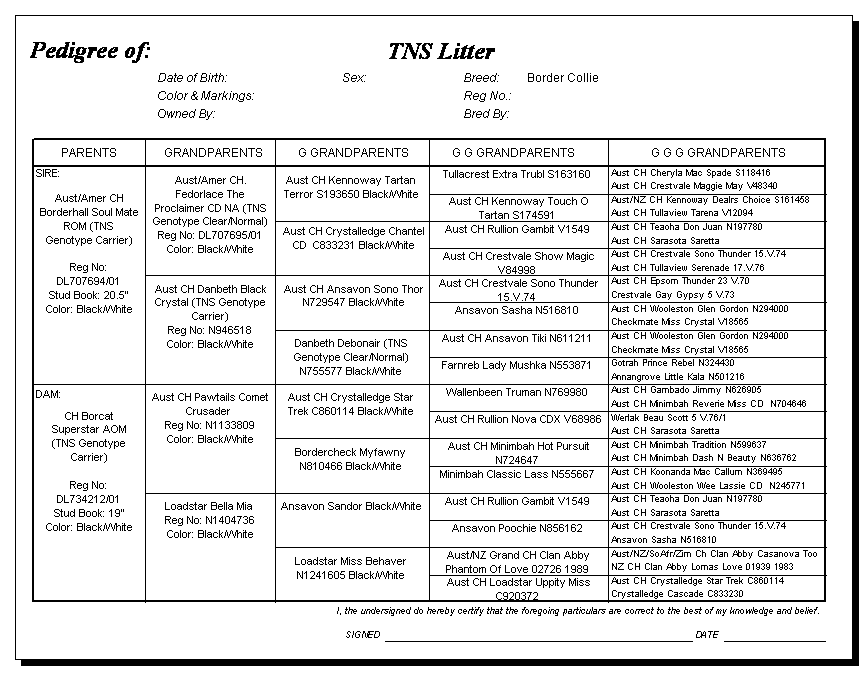 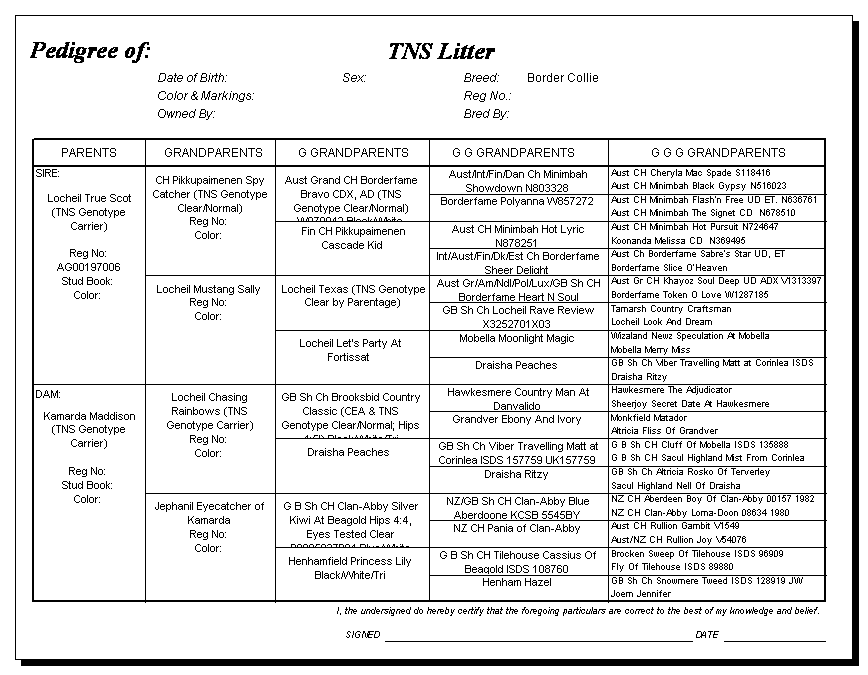 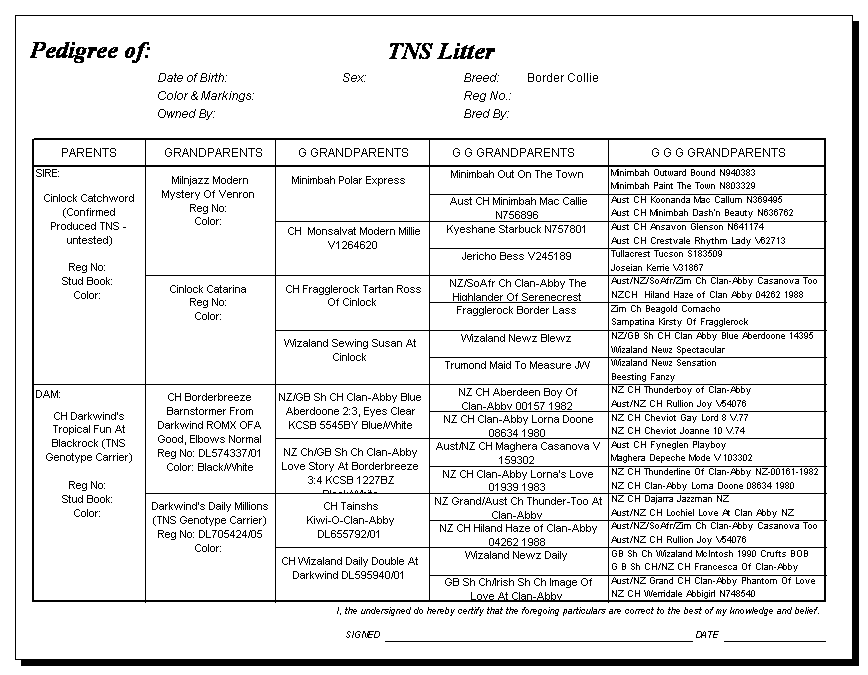 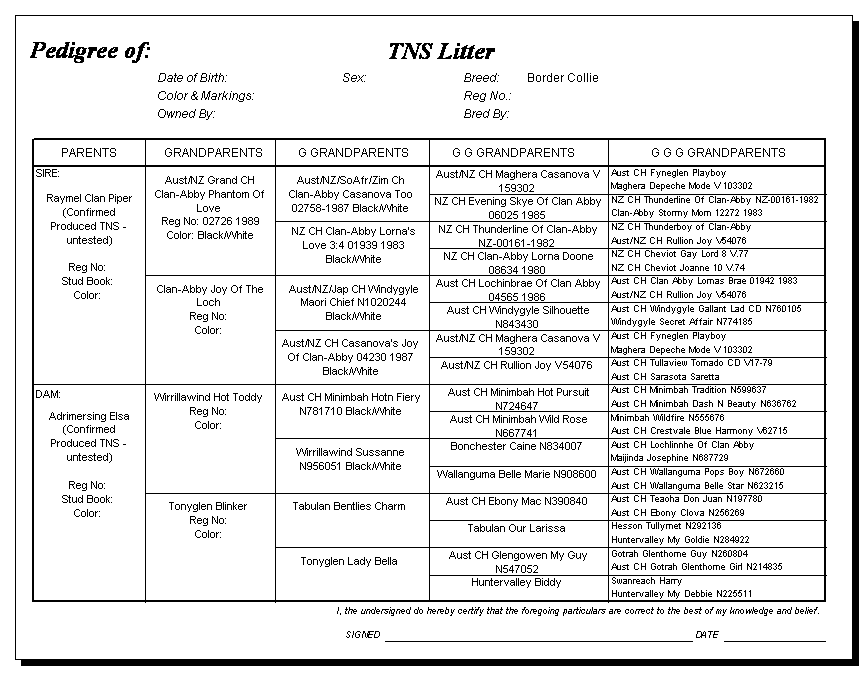 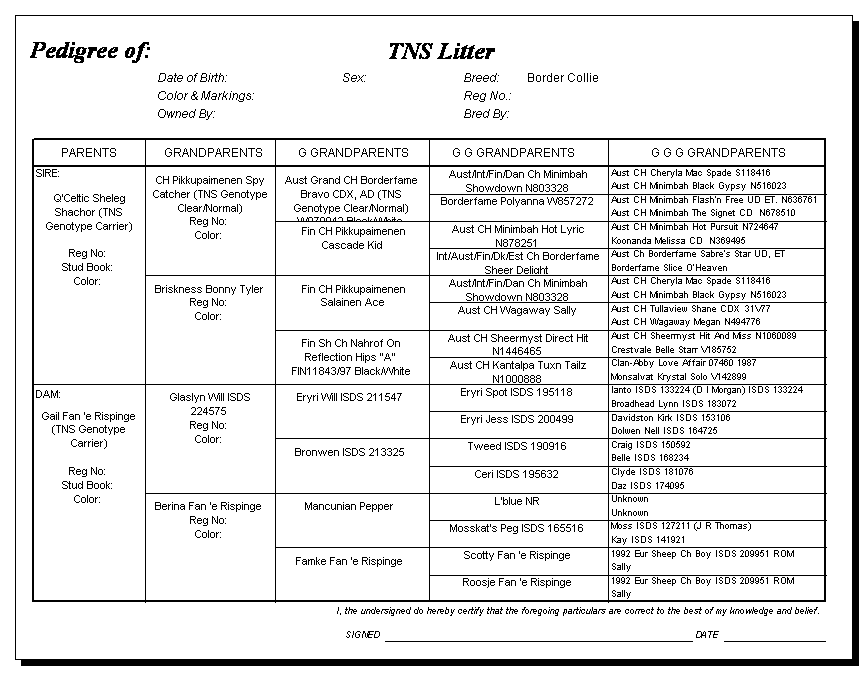 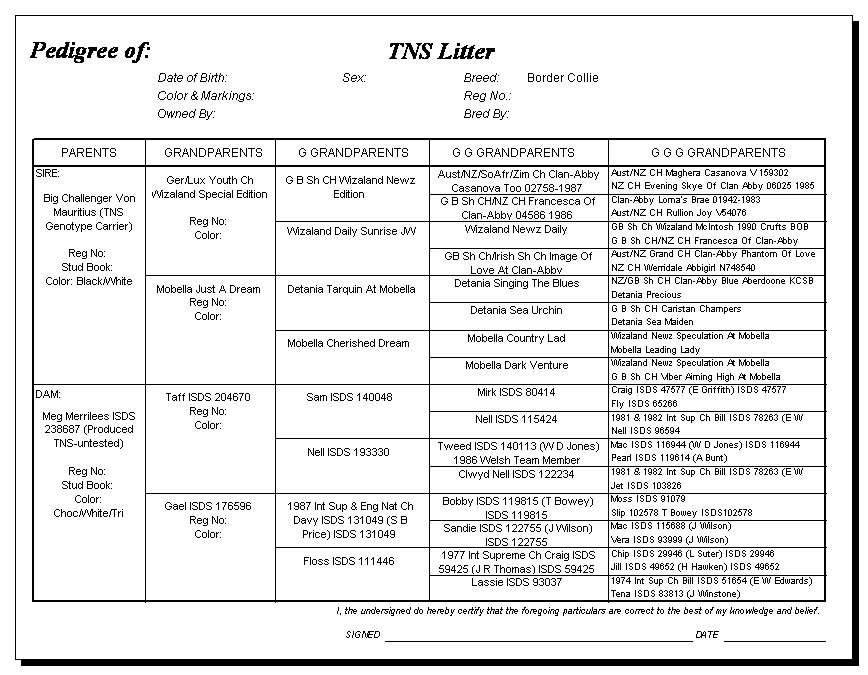 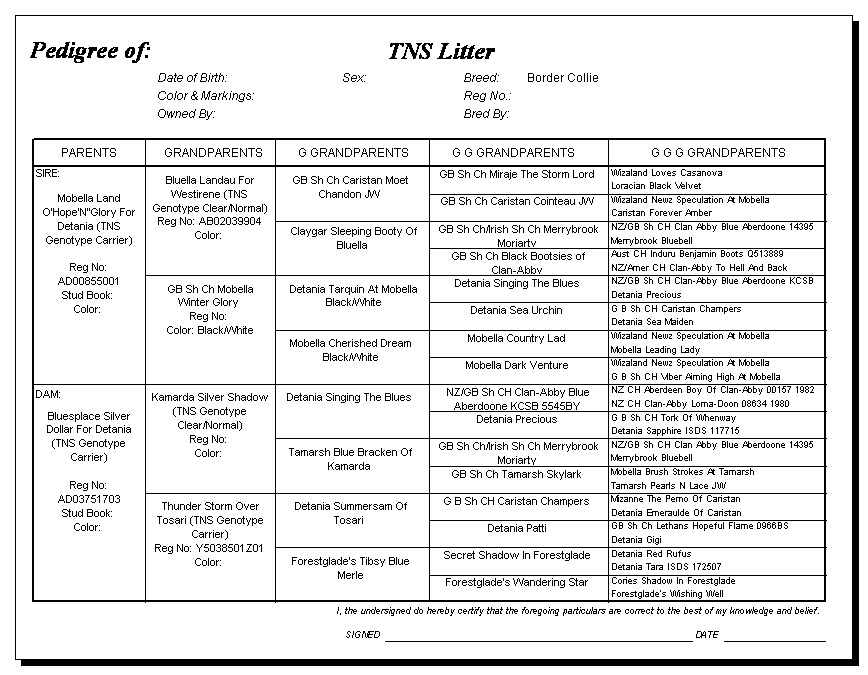 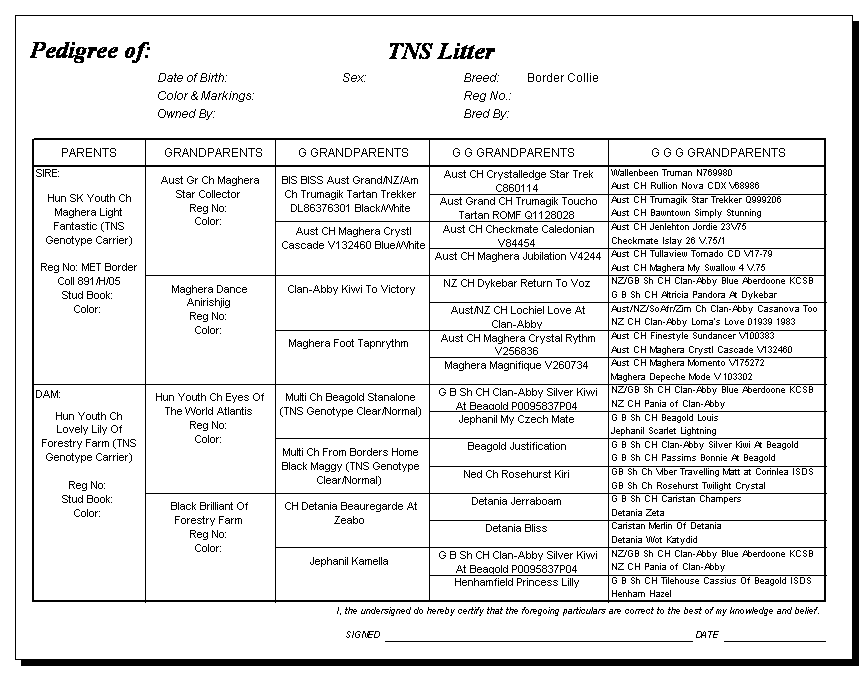 BorderCollieHealth thanks the owners and breeders who made this information public.

If you have produced TNS and are willing to have the pedigree posted here you can either submit an affected puppy to the database.

Back to The TNS Database Main Page